Written on 15 September 2006. Posted in Institut 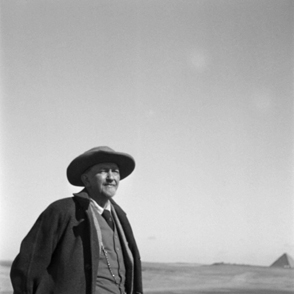 In 1898, Leo Frobenius (1873-1938) launched the "Afrika Archiv" (Africa Archive) in Berlin as a private foundation. After the First World War, the archive was transferred to Munich, where the Research Institute for Culture Morphology ("Forschungsinstitut für Kulturmorphologie") was formed in 1920. In 1925 this Institute moved to Frankfurt am Main, where it was attached to the Johann Wolfgang Goethe University, where Frobenius was appointed to a lectureship in culture and ethnology. In 1934 he also became director of Frankfurt's Museum of Anthropology ("Museum für Völkerkunde"). Since 1946 the Institute has borne the name of its founder. After Leo Frobenius's death in 1938, the following anthropologists became directors of the Institute:

Traditionally, the main focus of the Fobenius-Institut's work has been research on African cultures and history. Though Africa was always central to Leo Frobenius's own research  - between 1904 and 1935 he undertook a total of twelve expeditions into the interior of the continent, collecting ethnographic and historical data, oral records, material objects and copies of rock art - his regional and theoretical interests were considerably broader. From the very beginning he also supported research by the Institute's members, who photographed and copied rock art in Spain, Italy, France and Scandinavia and carried out research in the Arabian Peninsula, India, Southeast Asia, Melanesia and Australia. Documentation of the cultures of so-called "indigenous peoples" was in line with the universal approaches of Frobenius' gerneral cultural theory: so-called ‘Kulturmorphologie'.

Frobenius' successor, Adolf E. Jensen (1946-1965), organized ten research trips between 1950 and 1964, three to South and Central America, one to India, three to Oceania and three to Africa. When Eike Haberland assumed direction of the Institute 1967, a renewed focus was given to African cultures and history. Among other things, this led to the decisive participation of the Frobenius Institut in the establishment of a collaborative research center, ‘Cultural Development and Language History in the West African Savannah Region', financed by the German Research Foundation (DFG), in which more than fifty anthropologists, linguists, geographers, pre-historians, archaeologists and botanists were involved until 2002. At present, the Institute is once again attempting to extend its geographic focus by doing research not only in Africa, but also in eastern Indonesia and Oceania, regions where research had been initiated, especially in the 1950s and 1960s, under the direction of Adolf E. Jensen and Carl A. Schmitz.