The Lake Chad Region as a Crossroads: first archaeological and oral historical investigations into early Kanem-Borno and its intra-African connections 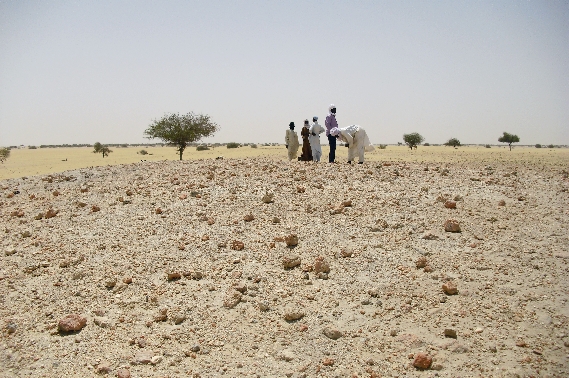 The history of the Lake Chad region is intrinsically linked to the Kanem-Borno Empire (8th-19th century AD), the earliest and most powerful state in the Central Sudan. Strategically centered around the lake and at the southern terminus of the central trans-Saharan route, Kanem-Borno owed much of its success to its early political, economic and cultural relations to North Africa. Information contained in ancient Arabic documents antedating the 15th century is indeed unanimous regarding the importance of the Empire and the Lake Chad region as a crossroads that linked the interior of Africa with the then known (Mediterranean) world. Whilst Kanem-Borno’s northern medieval connections are historically relatively well established, this is far from being the case with other African regions. Major reason for this not only relates to the general lack of written sources but also the paucity of research in other disciplines.

Funded by the German Research Foundation (DFG) as part of the newly established priority program "Entangled Africa" (SPP 2143), the overall objective of this research project is to test the hypothesis that the Lake Chad region, alongside its acknowledged northern links, was a key hub for a yet undocumented east-west trans-Sudanic route linking the Middle Nile Valley with West Africa in medieval times. This is being done by exploring two largely untapped sources of information on medieval Kanem-Borno (8th-14th century AD): archaeological remains and local oral traditions. Research within the scope of the project is paying particular attention to uncovering and analyzing material evidence and local oral knowledge related to archaeological locations with fired-brick structures in the Kanem region – i.e., east of Lake Chad in the modern Republic of Chad. Most probably linked to the Kanem-Borno kings and to later elite groups, those constructions are the most remarkable and conspicuous archaeological vestiges hinting at long-distance contacts in the area. Indeed, the architectural tradition and the technology involved in the erection of fired-brick structures are alien to the Lake Chad region, hence pointing to strong cultural connections of the latter with North Africa and/or the Nile Valley from some point in time.

Primary goal of the first project phase (2019 - 2021) is to conduct fundamental research related to those locations, amongst others pointing to the source and the time of external linkages. That data will ultimately serve as starting point for initial and, within the scope of the second project phase, systematic comparative analysis regarding evidence from other African regions, including the Middle Nile Valley as well as North and West Africa. Taken as a whole, we expect that The Lake Chad region as a Crossroads will generate unprecedented information on Kanem-Borno’s early connections, thus contributing to a broader understanding of Africa’s entangled past in medieval times.