Ife Objects and Collections in and out of Africa 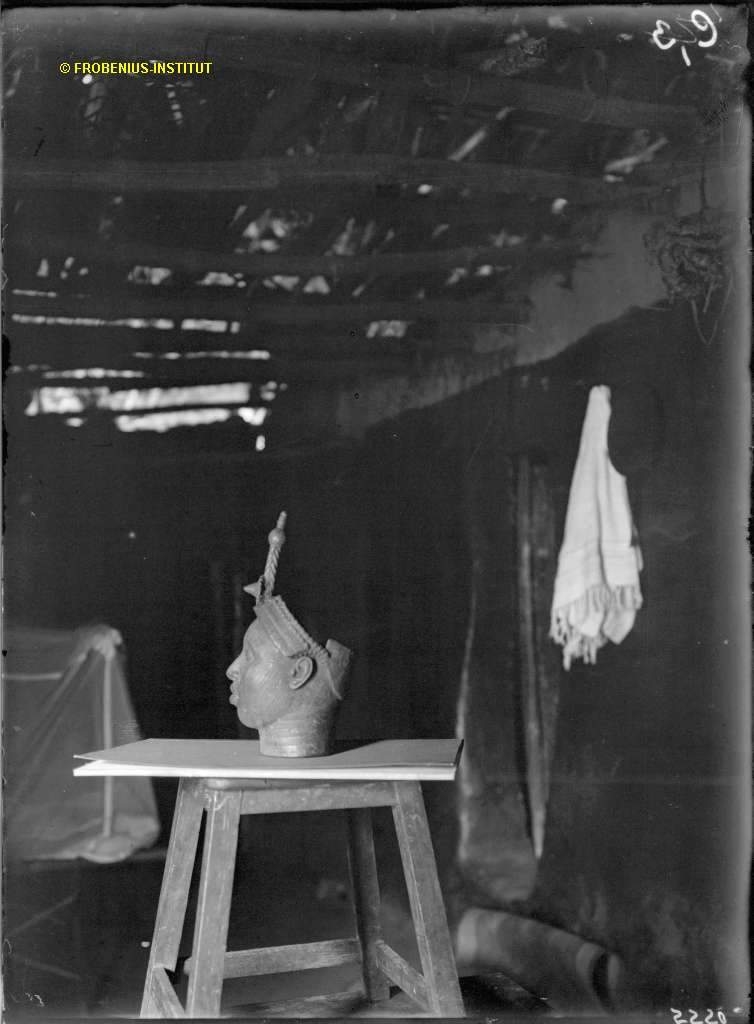 Ife art is known to the world outside the ancient kingdom of Ife/Nigeria since approx. 1910. In that year Leo Frobenius started an expedition to Nigeria where he found the brass head of Olokun (the god of the ocean from the Yoruba pantheon), which was henceforth taken as a proof of the high standard of African art. As such, a great interest in Ife brass, stone and terracotta objects developed by Western scientists as well as from Nigerians. In 1938 a second excavation was carried out during which 18 brass objects were found. Some of them were taken to America, one to the British Museum in London, 25 to Germany and most stayed in Ife itself and were integrated into the newly established Ife-museum. From 1941 onwards a number of scientific excavations were organised (1953: Bernhard Fagg, William Fagg and John Goodwin; 1957/62,63: Frank Willett; Oliver Meyers; 1969: Ekpo Eyo; 1971-72: Peter Garlake; Omotosho Eluyemi: undocumented materials; Fr. W. Welt; from 2000 onwards: Suzanne Preston Blier; etc.) and objects were scattered all over the world.

But it is not only the famous brass and terracotta objects themselves which toured in and out of Africa, but also drawings and photos of those objects which were produced as descriptive material and which are - in some cases - the only material now available (e.g. the brass head Frobenius dug out in 1910 is only known today through a drawing and photos).

Besides this primary material, the secondary use of the famous objects is, likewise, of great importance. In Europe, they were integrated into the discourse of developing art world of European Modernism during the first half of the 20th century, in Nigeria they became of great importance within the modern academic art history as well. Within this context of their different uses, the recent meaning of these objects for the people of Ife themselves and Nigeria as a whole is of interest. Their integration into local political discourses and usage as emblems on the national level will be an important additional path of understanding African objects in a contemporary context. Furthermore we have to consider the fact that these objects are not only officially used but also integrated into the African and European art market, where they tour as fakes and imitations/airport art.

Whereas material aspects of Ife-objects are of great importance, the non-material features, the intangible dimensions must equally be considered. As such, oral traditions of origin, usage, meaning, spiritual connections, etc. will be integrated as documentation categories and will play a central role in the study.