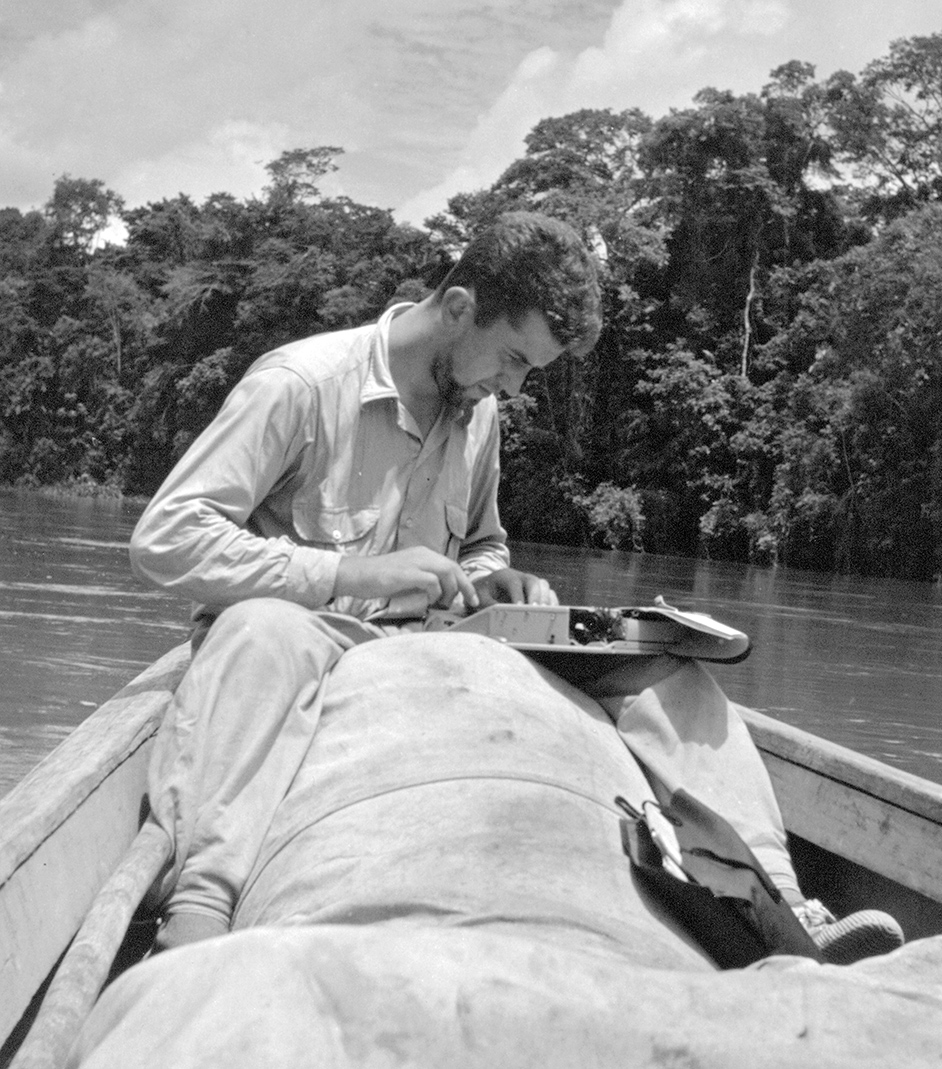 As a researcher, he experienced first encounters twice: On the death of the ethnologist Meinhard Schuster

When Meinhard Schuster, who was born in Offenbach, began studying ethnology in Frankfurt in 1948, the Goethe University chair for the subject had only been in existence for two years. It was held by Adolf E. Jensen, who also directed the Ethnological Museum and the Research Institute for Cultural Morphology, later named after his teacher Leo Frobenius. Frankfurt was then a field of rubble. The museum and institute building had not survived the bombing. Thus, as Schuster writes in his memoirs, he had to attend his first ethnological seminars in one of the few Westend villas that remained intact, where Jensen and his staff were provisionally housed.

The world in which ethnologists pursued their research also looked different back then. Whether in the tropical rainforests of Africa and South America or in the highlands of New Guinea, it was always possible to encounter people in these hard-to-reach regions who had never come into contact with "civilization" and its representatives. Schuster experienced such a first encounter when he participated in a one-and-a-half-year research trip of the Frobenius Institute to the interior of the Amazon basin in 1954. It was a subgroup of the Yanomami, considered particularly warlike by their neighbors, whose sympathies he quickly won and to whom he later devoted a large part of his publications.
In 1961, together with Eike Haberland, the future director of the Frobenius Institute, he spent six months in the Sepik region in northern New Guinea, which was famous for the art of its inhabitants but was still little explored. One of the tasks of the "expedition" was to collect artifacts for the Frankfurt museum, incidentally carefully documenting where, from whom, and at what price they had acquired each piece.

An expert in the field of material culture, Schuster served as curator at the Basel Ethnological Museum from 1965 until 1970, when the university there appointed him to one of the most traditional chairs in ethnology. Under his leadership, Basel became the coordination center for New Guinea and Southeast Asia research in the German-speaking world. This benefited many of the ethnologists he trained, who later contributed significantly to enriching the subject with new impulses and giving it its present character.
He himself, however, continued to feel connected to the cultural morphology founded by Frobenius and continued by Adolf E. Jensen. Together with the cultural-historical school and ethnosociology, it was one of the three competing theoretical orientations that dominated the discipline until the early 1980s. Meinhard Schuster, who died last Thursday in Basel in his ninety-first year, was the last great representative of postwar German-language ethnology.

In keeping with his oft-repeated credo that fact-based empirical field research is the real "salt of ethnology," he leaves behind, in addition to his wide-ranging scholarly works, a large body of as-yet unpublished ethnographic records, the editing of which has just begun. Their historical value is likely to increase as the indigenous peoples he visited regroup in the struggle against the overexploitation of their environment and, at the same time, embark on a search for the buried traces of their own cultural past.

First publication: on 12.03.2021, in the Frankfurter Allgemeine Zeitung (F.A.Z.), Feuilleton, page 11
Original title: Er war gewissermaßen Kolumbus ("He was, in a sense, Columbus")