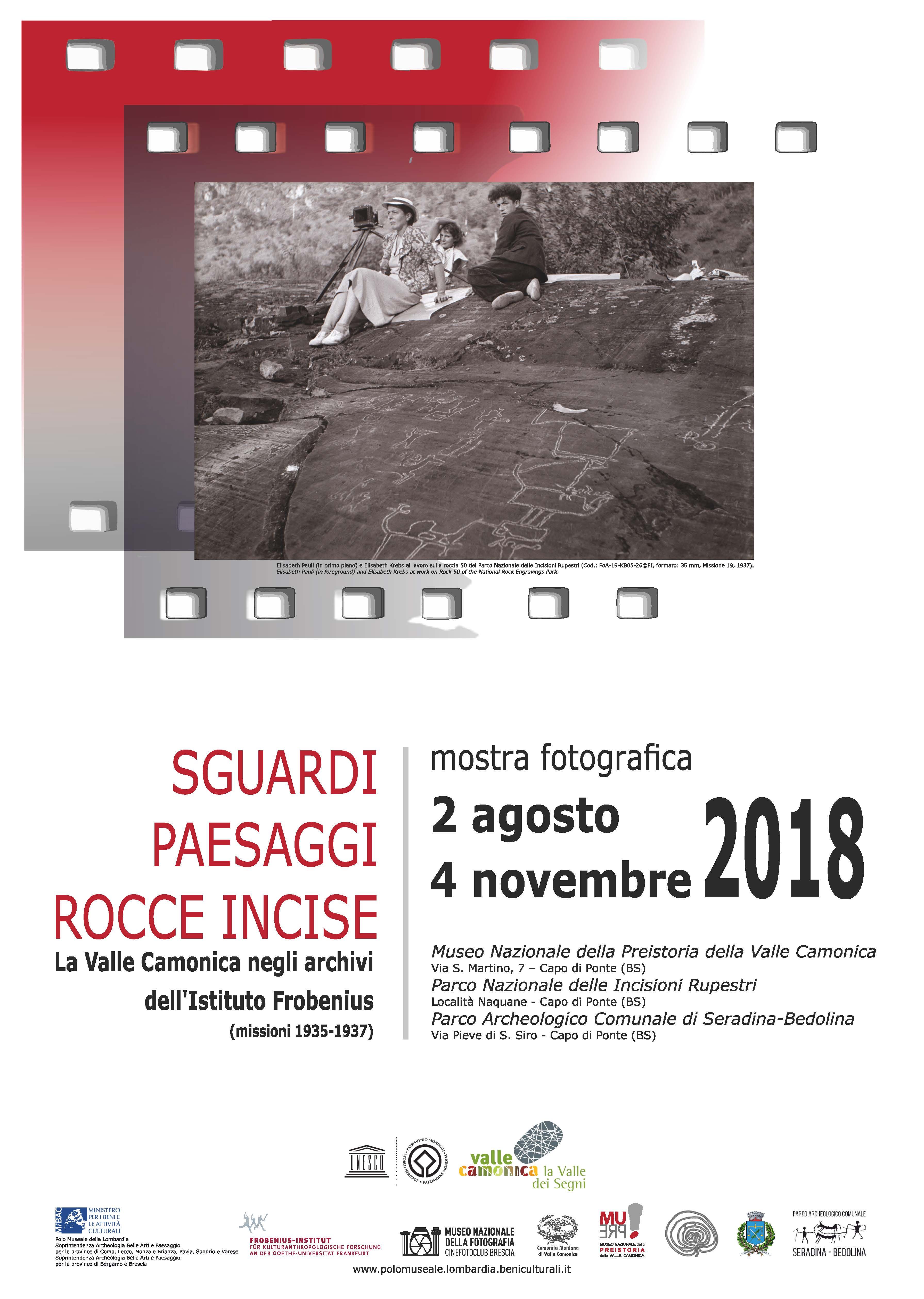 Under this title, photographs from the archives of the Frobenius Institute were exhibited in Capo di Ponte in northern Italy from August 2 to November 4, 2018.
The photographs show the draughtsmen and women at work who were sent by Leo Frobenius to document the rock paintings of the Valcamonica Valley in 1935, 1936 and 1937.

The rock paintings of the Valcamonica Valley above the northern Italian Lake Iseo have been recognized as UNESCO World Heritage since 1979 and are among the world's most important sites for the discovery of prehistoric petroglyphs. Leo Frobenius sent mainly experienced artists such as Maria Weyersberg, Elisabeth Pauli or Elisabeth Krebs on the expeditions to Valcamonica to have them make detailed copies of the mostly Bronze Age rock carvings. These painted and drawn copies are still part of the rock art archive of the Frobenius Institute.

During the documentation trips thousands of black and white photos were taken. Within the scope of the cooperation of the Frobenius-Institute with the Soprintendenza Archeologia della Lombardia the historical negatives were processed and digitalized in a complex procedure by the head of the photo archive, Peter Steigerwald. A selection of these pictures can now be seen for the first time at the place where they were taken.